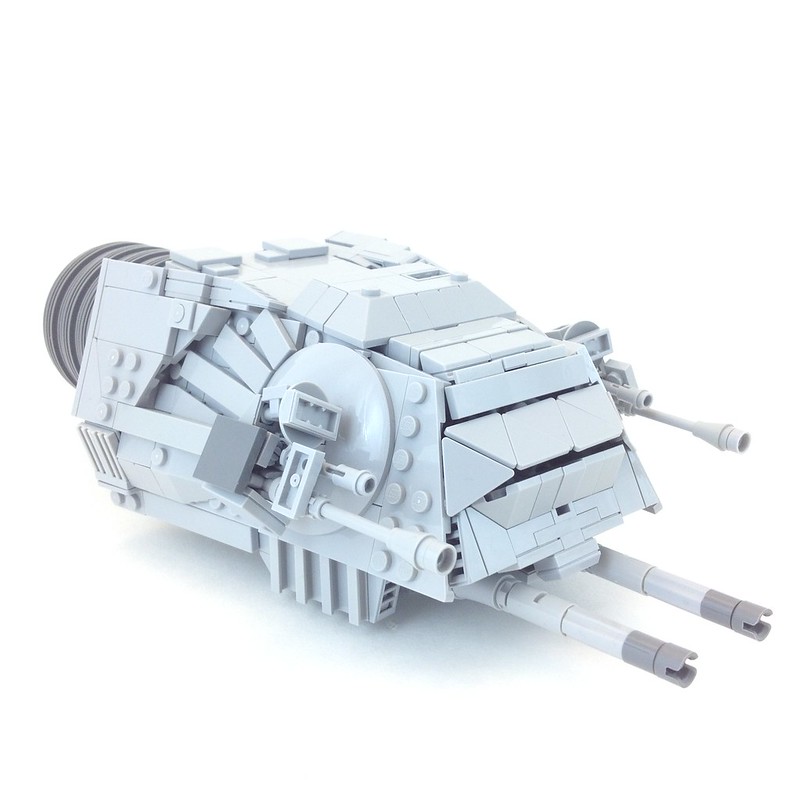 When you learn that LiLmeFromDaFuture’s definite snowspeeder was just a spin-off of a minifigure scale AT-AT project, your heart skips a beat. I wished for this when discussing the snowspeeder, and now we get to see just the head of the AT-AT, and it’s already looking like something that will set a completely new standard. It doesn’t just look incredible, it’s unbelievably accurate as well: I can’t discover a single feature on the studio model, from the tiniest of greebles to the subtlest of ridges, that hasn’t found a place. It’s remarkable how the builder used rather unusual parts and features you’d normally want to hide to achieve this, like the belly of the jumper plate, that tiny gap beneath the visor that’s the backside of an erling brick, the side of a grill brick or the triangular flags that never looked this good before. Even areas that seem to contain no details where handled expertly. You’ve probably noted the half plate offsets of the tiles on the roof, but what’s most subtle is the use of smaller and bigger pieces in the absolutely flat areas, of which the seams create a perfectly interesting pattern. Every brick contributes to the look and feel in several ways, which makes it really fun to pour over. And once the lack of gaps gets through to you, you realize there is some serious engineering wizardry going on just to fill those extra millimeters in. Yes, the inside does look rather complex according to the builder. So top, bottom (check it out!), outside and inside, no matter where you look, it’s clear this creation is in an entirely new category. It’s definitely worth it to look at all of the pictures and considerations in the topic, because there’s so much to discover about this piece. And that’s just the head.

Last October I blogged about a Coruscant MOC by Gerechtigkeitsliga, which was impressive not only in scale but in level of details it contained.  Well, since then Gerechtigkeitsliga has decided to raise the bar again, with this stunning MOC.  I’ve been watching the progress of it with interest since he started a new WIP thread in December, and it’s undoubtedly going to be a masterpiece!  I always find it difficult to judge the size of MOCs, but one of the photos includes a UCS Falcon, and from that it’s clearly rather substantial!  Head over to the Star Wars forum and take a look at it, you won’t be disappointed.

Brothers RenegadeClone and Renegade Clone have been kind enough to give us a sneak preview of their latest MOC and, although currently a WIP, it’s looking very promising indeed!  It’s crammed with a range of custom designed fighters, including examples of all of the main versions seen in Episodes IV –VI; my personal favourite is the B-Wing which is very detailed.  The completed sections are well finished; the design of the floor tiles and rock face are both noteworthy and the build is complimented by an impressive array of Rebels hurrying around.  Head over to the Star Wars forum and take a look. 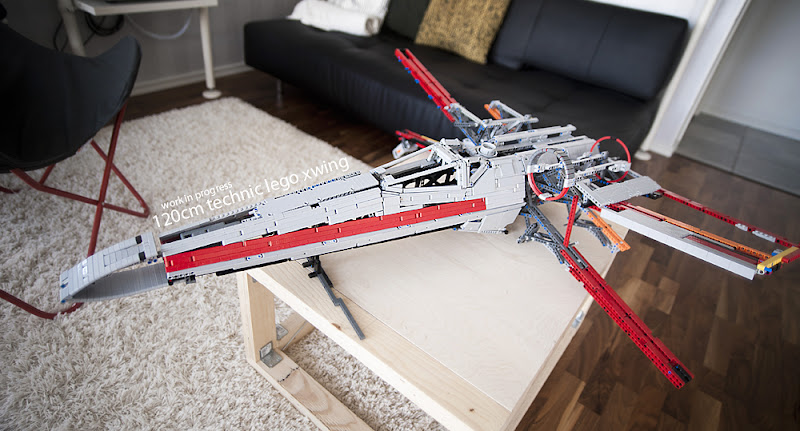 It had been a while since drakmin’s last WIP update, so I figured that it would be a good idea to blog the update he’s just recently posted on his progress building a 120cm-long studless Technic X-wing. Do I need to say anything more? When completed, this looks to be one of the most impressive X-wings ever built.

Vieral on Flickr has posted pictures of the finished exterior of his UCS YT-2000 model. It’s quite impressive at 34 inches long and 27 inches wide. He’s still working on the interior, but it looks great as it is already. Visit the Flickr set to see more pictures of it.

Famed diorama MOCer brickplumber has been making fabulous progress on his latest project, a sanctuary moon display. Here he shares a WIP shot of the SLD-26 planetary shield generator the Rebel strike team was sent to destroy, complete with lighting. This is a colossal beauty, the dish about 58.4cm in diameter and the entire structure nearly a meter tall. Follow the link in the picture to see more in his Flickr stream.

Ninja Nin is recreating a scene from the final duel between Darth Maul and Obi-Wan Kenobi for the Phantom Menace community build. It’s still a work in progress, but it’s already looking very good! Click the image to see more pictures and give him advice.

By popular request, Bricksandparts’ next MOC after his AAT is to be a Sheathipede-class transport shuttle.

The short-lived MIDI scale line could have been a dream come true for UCS fanatics with small budgets and those yearning for official releases of craft such as the GR-75 and the EF76 (which lacked the ‘iconic’ status worthy of a UCS rendition and for which a System release had been unlikely due to their being too large, boring, or incompatible with minifigures). I doubt that the line will ever be brought back. Meanwhile, AFOLs have adopted the line’s quasi-UCS range as a label for their own creations. Here Januarybegan has made extensive modifications to the trailblazer of the MIDI-scale line and one of my favorite sets, 7778 MIDI-scale Millennium Falcon, having rebuilt the cockpit and docking arms in addition to refining the set’s greebling. Note the clever use of droid arms to circumvent the brunt of the set’s dreaded sticker sheet.

Self-proclaimed ‘massive Star Wars fan’ The Expendable presents a work-in-progress, a minifigure scale X-wing. He shares my opinion that “the offical X-Wings are pretty poor” and appears to have been subsequently inspired to build his own. It’s been a while since I’ve seen a new X-wing build in the community, so this is a welcome addition, though I did notice its similarities to marshal_banana’s rendition – it seems his creation had quite an impact on what people think of as a ‘LEGO X-wing’ nowadays. 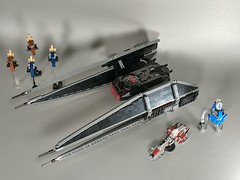 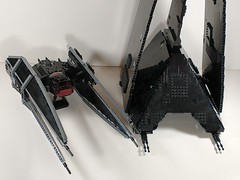 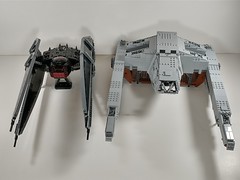