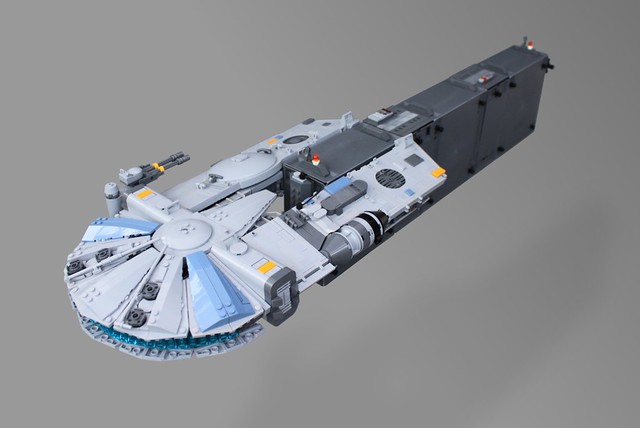 If you don’t know Rebrick, you should definitely check it out. Not just to get a chance to enter in fun contests with amazing prizes, but also to see the entries by other participants that are so great that you wouldn’t mind them keeping you from your prize. o0ger’s Nadir is one of those entries in the contest that revolved around making ships in the same family as the Millennium Falcon. I love that his concept doesn’t just give an explanation for the purpose of the prominent mandibles on the Falcon but makes it fit with its identity as a freighter too by inserting cargo in the space between them. Still, the concept isn’t what impresses me the most in this build. No, it’s the fact that o0ger pulls off the concept so convincingly and aesthetically pleasing. It doesn’t look like the cargo was just wedged in there, but snaps satisfyingly together with the rest of the ship. The extra wide mandibles give more support, with robust guiding surfaces at the inside, there is a tractor beam device securing the cargo, there’s a huge deflector shield dish to protect the cargo as well as the ship and you’ll have a better view of the goods from the Nadir‘s cockpit than from the Falcon‘s. To make all of those concepts feel like parts of the same ship, o0ger cleverly reuses certain elements of them throughout the rest of the body. The slope of the mandibles and the shape of the tractor beam unit return in the back half, the shield generator dish has a twin, the gorgeous grills near the tractor beam echo the texture of the cockpit parts and there are truncated cones both in the cockpit and near the guns. And then there’s the consistent level of detailing all over the ship. The mandibles look solid because of the robust details with low profiles (like that reverse cupboard door!. That aesthetic isn’t only followed in the rest of the ship, but also in the containers with a masterful use of a part I’ve never seen used before: a foldable track/box from the racers theme that looks wonderfully utilitarian because it is. Everything is appropriate and everything is consistent without being boring. Yes, o0ger truly excels at picking out a great palette to make his awesome concepts truly push the boundaries.

One thought on “Pushing Boundaries – and Cargo” 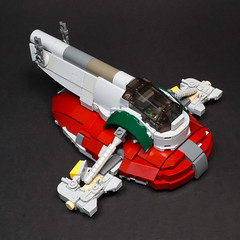 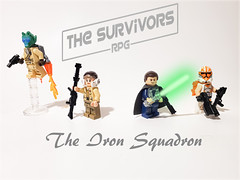 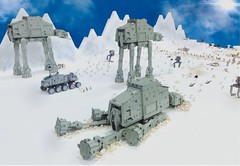